Three Temples Loop in Outside Kandy

Visiting three of the most ancient and historically important temples, the Embekke, Lankatilaka, and Galadeniya are a short distance from Kandy and sometimes referred to as the ‘three-temple loop’. that are within an easy walking distance to another is a memorable expedition for a heritage lover. The path takes you past fertile lush rice fields and through small towns and villages.

Three Temples Loop tour, Start with Gadaladeniya Viharaya, that famous for its beautiful stone carvings, this temple was built on a flat rock at Diggala in the 14th Century by Gampola’s King Bhuvanekabahu IV. This Buddhist temple with a Hindu extension is a similar age to the Lankatilake temple and the Embekka Devale, the temple exhibits a combination of South Indian and Sinhalese architecture styles. 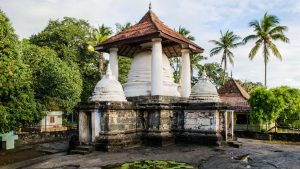 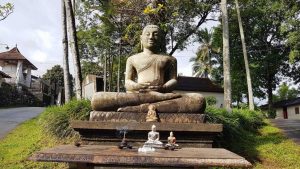 Your next temple is the Lankathilaka temple. Lankathilaka, considered as the most magnificent architectural monument to be built during the Gampola era, was built at the crest of a large rock named Panhalgala overlooking the Hantane mountain range in the Hiripitiya hamlet in Udunuwara. 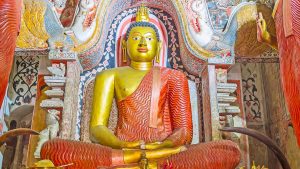 Embekke Devalaya is a wooden temple situated near Kandy. It was built in the 14th century by King Wickremabahu III. Embekke is famous for the intricately patterned wooden pillars. Each pillar had a different pattern carved into each of its four sides. The woodwork utilized for the “Drummers Hall” where originally the Hewisi drums and trumpets were played during the ceremonies. 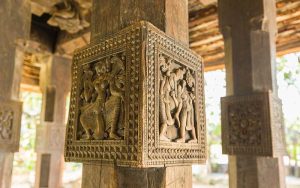 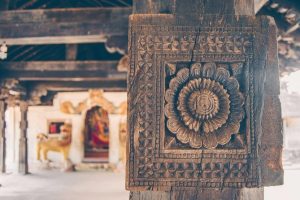 Visiting all three temples will take about 3 hours. The best time to visit is in the morning or evening (3.00 pm).

Additional Informations for Three Temples Loop tour: Before making a reservation at 4restlanka Tours we encourage you to follow this information, The tour and visit some destinations may change depending on weather conditions | The duration of the transfers will depend on the time of day and traffic condition | Recommend to wear shoes for your choice | Lower price rate in Sri Lanka | Prices depend on how many people in your party

There are no reviews yet.